Canceling the NIMBY Delusion: How Honoring Our Past Will Save Our Future

My dad said that a local veteran had been to the cemetery. He had cut the grass as an act of patriotism and service. It was on the map, but we hadn’t found it. Three trips into the forest, three days in a row, and still, the cemetery eluded us. Worst part, Leavitt Cemetery was clearly marked on the town zoning map in my mother’s real estate office.

A zoning map lays out what “uses” can be built in which part of town - jargony BS to keep city-siders from building anything more than a house in our picturesque New England village. Classic NIMBY-ism in full leaf-peeping color. Not In My Back Yard has been a successful strategy across the world to keep out riffraff, but its days are numbered. Over the next 100 years, the NIMBY militants of norther New England will be overrun and lose the towns they cherish to droves of southern migrants seeking refuge from unrelenting weather. It won’t be the first time New Hampshire natives were overwhelmed by settlers seeking better land and a better future.

Looking at the map, dad’s friend who had been to the cemetery, gave me directions. “Yut, by the big rock as you come down off the crest, just there, an’ it’s to ya right. You’ll find it a’right.”

Didn’t yesterday. Didn’t the day before that. But if you say so, I’ll go out again.

I expected to find a few tombstones — the Leavitt family, of course — but when we did finally stumble onto the cemetery it must have had 30 tombstones. All tombstones provide too little history. They beckon questions without a murmur of response. But here, there are a dozen that had been wiped clean. Centuries old engravings smoothed by the falling rain. Tombstones without a name, the vaguest token of a life. My curiosity was eased by a commemorative plaque at the cemetery’s entrance.

I was stunned to learn that the forgotten cemetery touched on the entire history of the United States of America. The eldest Leavitt, Nathaniel, was born in 1727 and was buried in 1824 at the age of 97. He fought in the French and Indian wars, the American Revolution, and must have felt immense pride when New Hampshire ratified the The Constitution, marking the official birth of the United States. No wonder a devoted veteran with a weedwhacker cared for this hallowed ground.

But the lasting impression the cemetery made on me is that change is relentless. Over two hundred years, the forest has swallowed the cemetery; concealing its location and a lost way of life. If the forest floor were not zigzagged by stonewalls, all clues to the Leavitt’s and their paddock-way-of life might have been lost. 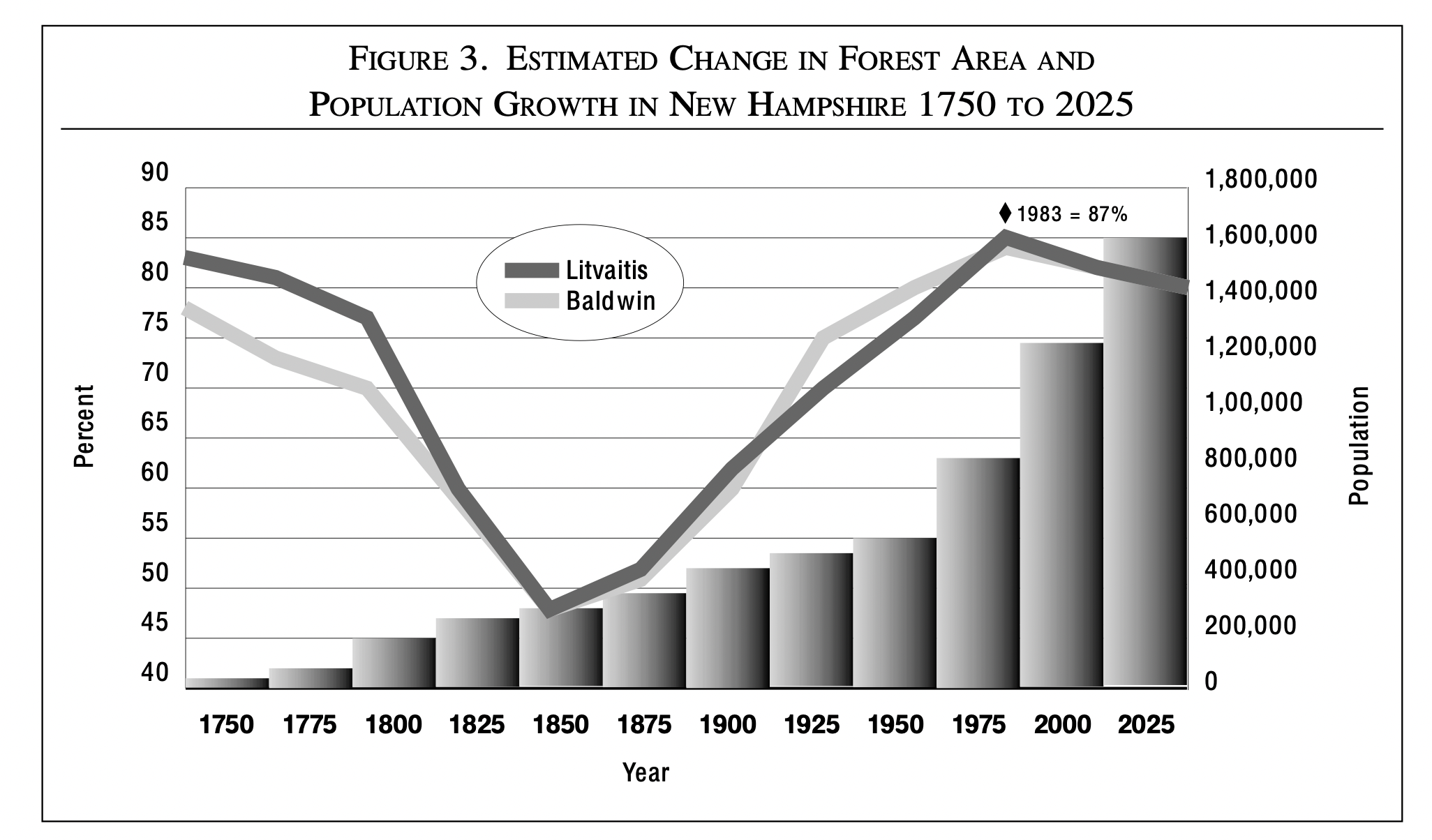 The rural life that marked my childhood is also in peril of being lost. The forests of New Hampshire, Vermont, and Maine will be confiscated over the next 100 years to provide housing and services for American refugees. The current NIMBY class is worried about too many duplexes and a few extra families moving to town. The ecological foot print, and the tax burden of a growing school system, is just too much to stomach they say.

But an unforeseen greater tragedy lurks just beyond the NIMBY militant’s vision.

As the west withers with drought and fires rage, as the south becomes razed by hurricanes and rebuilding once more eats too much of your soul, Americans will cozy up to our Canadian border to escape the impact of weather events.

Wait until there are bus loads of migrants from Tennessee and Kentucky that skip sanctuary cities like DC and NYC to end up in norther New England.

How can a state that is currently 87% forest and with a population of just more than one million people possibly prepare for millions of their fellow Americans moving north to the last sensible places to live?

We don’t even have sewers. Never mind housing, hospitals, and roads to meet the needs of even a one million more people. There are many more southern neighbors.

How can you support NIMBY when you have migrants without a home and winter temperatures that freeze pipes six feet underground? NIMBY leanings aren’t going anywhere, but there is no holding back the changes that are coming, and failing to prepare will only make things worse.

NIMBY is failing to prepare. It’s holding on. It destroys through inaction. NIMBY will destroy the bike trails that gave me childhood freedom and taught me responsibility. NIMBY will destroy the golf courses that taught me honesty and grit. Nimby will destroy the winding, picturesque streets I learned to drive on and replace them with throughways too straight and precise. The lots will shrink, housing will go up, and your neighbour’s wall will be closer than the street is to your front door.

Standing on top of Little Mount Washington’s rocky outcrop, we marvel at the pristine forests that stretch to the horizon. My dad, a builder his entire life, remarks, “Can you imagine people are worried about someone building one extra house?” He’s had too many run-ins with idealogical NIMBY blowhards over the years. He’s right: building single-family homes on this landscape doesn’t dull nature a bit. There are just not enough people moving to town.

But if he knew how those quaking green hills would change over the next 100 years, he might turncoat and join the NIMBY ranks. No matter, even if every last New Hampshirite devoted himself to beating back the winds of change, they will ultimately lose just as Nathaniel Leavitt lost to Father Time. One million versus tens-of-millions is a losing bet.

Better yet, he might join the Planning Board, trade in his hammer for an architect's foresight, and create a new golden age amongst these emerald hills.